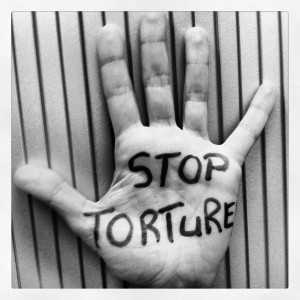 The authorities of the Central Asian countries have taken some steps in the right direction in recent years and pledged to take further positive measures. For example, Kazakhstan and Tajikistan improved legislation on safeguards against torture in detention and in February 2017 the Prosecutor General’s Office of Kazakhstan presented its strategy entitled “Towards a Society without Torture” and a plan of comprehensive measures including independent investigation of all cases of torture. In Kyrgyzstan the Coordinating Council for Human Rights under the Government developed a draft Action Plan for the implementation of the principles of the Istanbul Protocol for 2017-2020, which aims to improve investigation into alleged cases of torture and ill-treatment. In Turkmenistan, positive legislative steps include the criminalization of torture and provisions for independent medical examinations of prisoners. In Uzbekistan President Shavkat Mirziyoyev signed the law “on the Ministry of Internal Affairs“forbidding law enforcement officials to use torture or ill-treatment, as well as legislation to introduce video and audio recording of interrogations of criminal suspects by 2018.

Some of these positive changes have yet to be implemented in practice and other major challenges remain. Torture and ill-treatment continue to constitute a serious problem in Central Asia. In 2016 the NGO Coalitions against Torture registered 163 new cases of torture or ill-treatment in Kazakhstan, 112 new cases in Kyrgyzstan, and 57 cases in Tajikistan.  It is believed that these figures only reflect the tip of the iceberg since many victims of torture and their relatives refrain from lodging complaints for fear of reprisals or because they have lost hope of attaining justice. Given the closed nature of the countries of Turkmenistan and Uzbekistan it is difficult to establish estimates of incidents of torture and ill-treatment. However, independent sources from Turkmenistan report that the practice of torture and ill-treatment remains widespread and results from a survey by the Turkmen International Lawyers’ Association indicate that 90 percent of people detained by law enforcement bodies are subjected to psychological or physical pressure. In Uzbekistan the practice of torture continues to be routinely used, as evidenced by the numerous statements of victims and former prisoners received by AHRCA over the past year.

In all five countries investigations into torture and ill-treatment are rarely conducted effectively and none of them has set up an independent body to investigate complaints. Tajikistan has awarded compensation to victims in five cases, which is a positive step, but the amounts awarded have been neither fair nor adequate. Kazakhstani law enforcement and prison officials attempt to obstruct the registration of torture complaints by warning victims that they will be held criminally responsible if they provide false information. In Kyrgyzstan, officials of the Prosecutor General’s office have stated their intent to initiate criminal proceedings against victims of torture who withdraw their complaints or refuse to press charges against alleged perpetrators. In Turkmenistan, the Ministry of Internal Affairs does not register cases of torture or ill-treatment and according to their information centre there are no recorded cases of criminal prosecutions for torture (article 182).  In Uzbekistan, sources report that torture is used by National Security service officials to force detainees, especially those who have been forcibly returned or extradited to Uzbekistan from abroad, to confess to anti-constitutional crimes.

In order to draw attention to the plight of torture victims the Coalitions against Torture in Kazakhstan, Kyrgyzstan and Tajikistan are conducting public campaigns to mark 26 June. For example:

Unfortunately, due to the closed nature of the government in Turkmenistan and Uzbekistan and the ongoing repression of civil society there, it is impossible for civil society to organize public campaigns on human rights issues.