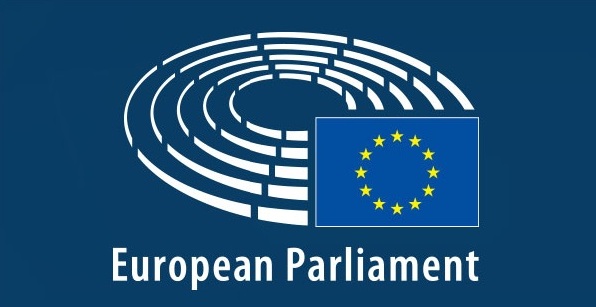 MOTION FOR A RESOLUTION

with request for inclusion in the agenda for a debate on cases of breaches of human rights, democracy and the rule of law

pursuant to Rule 135 of the Rules of Procedure

on behalf of the Verts/ALE Group

European Parliament Resolution on the Human rights situation in Kazakhstan 2018

  having regard to its resolution of 12 December 2017 on the draft Council decision on the conclusion, on behalf of the Union, of the Enhanced Partnership and Cooperation Agreement between the European Union and its Member States, of the one part, and the Republic of Kazakhstan, of the other part and to its resolution of 10 March 2016 on Freedom of Expression in Kazakhstan,

  having regard to European Parliament legislative resolution of 12 December 2017 on the draft Council decision on the conclusion, on behalf of the Union, of the Enhanced Partnership and Cooperation Agreement between the European Union and its Member States, of the one part, and the Republic of Kazakhstan, of the other part,

  having regard to the Enhanced Partnership and Cooperation Agreement (EPCA) signed in Astana on 21 December 2015,

  having regard to annual EU-Kazakhstan Human Rights Dialogues,

whereas on 21 December 2015, after years of negotiations, the European Union and Kazakhstan signed an Enhanced Partnership and Cooperation Agreement (PCA) aimed at providing a broad framework for reinforced political dialogue, cooperation in home and justice affairs and in many other areas; whereas this agreement puts a strong emphasis on democracy and the rule of law, human rights and fundamental freedoms and sustainable development as well as civil society cooperation, including involvement of civil society in the public-policy making,

whereas a worrying deterioration in the general situation of human rights in Kazakhstan has been noted in the last few years, with harsh restrictions of the rights to freedom of expression, peaceful assembly and association; whereas Kazakhstan adopted an oppressive Criminal Code contrary to UN, OSCE and EU recommendations; whereas the newly adopted Criminal Code contains vaguely formulated charges, such as “defamation”, “incitement of social discord”, “dissemination of knowingly false information”, “interference of members of civil society associations in the activities of state bodies”, “violation of the order of organising rallies”, “promoting illegal gatherings” and “encouraging people to continue their participation in strike actions”,

whereas the arbitrary use of article 174 of the Criminal Code (“incitement of social, national, ethnic, racial, class or religious discord”) has been seriously undermining freedom of expression, freedom of assembly and freedom of religious belief in the country,

whereas ongoing state surveillance and restrictions on freedoms of information and expression imposed by the authorities continue to be a cause of concern; whereas on 25th October 2018, the government passed a resolution that mandates four government agencies (the Prosecutor General, the Ministry of Internal affairs, the National Security Committee (KNB) and the Ministry of Defence) to block internet and communications networks in Kazakhstan in a situation of “state of emergency related to social, natural or man-made disasters”.

whereas freedom of expression continues to become increasingly restricted in Kazakhstan by means including new controversial media legislation, which significantly hampers the ability for journalists to work freely; whereas a new provision was adopted, which makes the procedure for obtaining information from state bodies on issues of public interest more complicated and time-consuming as well as another provision which requires journalists to obtain consent to publish information considered to contain private, family or other secrets – vaguely defined terms which risk being open to broad interpretation and use to obstruct investigative reporting on corruption-related issue.

whereas despite being protected in Kazakhstan’s constitution, the right to freedom of association remains largely restricted in the country, with the Law on Public Association that continues to require all public associations to register with the Ministry of Justice; whereas December 2015 amendments to the Law imposed burdensome reporting obligations and state regulation of funding through a government-appointed body, whereas people engaging in activities in unregistered organisations may face administrative and criminal legal sanctions,

whereas in 2018 numerous threats to the freedom of association were recorded, with many people having been persecuted, detained or prosecuted in relation to their right to work legally and freely with regard, in particular, to the ongoing trend of closing of independent trade unions and persecution of their leaders; whereas, for example, criminal charges for “financial violations” were opened in September 2018 against trade union leader Erlan Baltabai from Shymkent, and in October 2018 law enforcement officials searched his home, although he has not been informed about which law he allegedly violated,

whereas in 2016, law enforcement bodies detained more than 1,000 peaceful demonstrators who were protesting against amendments to the Land Code and more than 30 of them were put under administrative arrest; whereas among detainers there were 55 journalists; whereas civic activist Maks Bokayev is still held in prison for participating in these peaceful rallies, in contravention of Opinion No. 16/2017 of the UN Working Group on Arbitrary Detention, which demanded his immediate release,

whereas the government of Kazakhstan cooperated with the high-level tri-partite International Labor Organization (ILO) mission, and committed to implement a road map to address ILO concerns, but has not taken meaningful steps to implement provisions in the roadmap, such as amending the Trade Union law, nor has implemented previous recommendations issued by the ILO Committee on the Application of Standards to review the Trade Union law and the Labour Code and to take all necessary measures to ensure that the Confederation of Independent Trade Unions of Kazakhstan (CITUK) and its affiliates are able to fully exercise their trade union rights,

whereas society and human rights activists continue to face reprisals and restrictions in their activities, including n rights activist Elena Semenova, placed under house arrest for “dissemination of knowingly false information” and Shymkent-based activist Ardak Ashim, who faced charges for “inciting discord” for her critical social media posts and subjected to forced psychiatric detention,

whereas a court decision banned an unregistered opposition movement, Democratic Choice of Kazakhstan (DVK), under the pretense of “extremist” activists; whereas its perceived or actual supporters face increased harassment, including the jailing of several persons who expressed support for DVK in social media networks,

whereas independent journalists have continued to face harassment, arbitrary detention, and arbitrary criminal prosecutions, and journalist Aset Mataev remains in detention after a court denied him parole despite his eligibility after serving one-third of his six-year prison sentence,

whereas Kazakh authorities routinely deny permits for peaceful protests and police break up even single-person unauthorized protests, and arbitrarily detain organizers and participants, as in the case of the demonstrations hold on 27 February by critics in the margins of the as the ruling party Nur-Otan’s annual conference, demonstrating disregard for international norms on the right to peaceful assembly,

whereas impunity for torture, and ill-treatment of prisoners and suspects remained the norm, despite government commitment to zero-tolerance for torture, and authorities have failed to credibly investigate the torture allegations during the extended oil sector labor strike in Zhanaozen in 2011,

whereas the Almaty Prosecutor’s Office found no evidence on credible allegations of torture against business Iskander Yerimbetov, sentenced to seven years’ imprisonment on charges of large-scale fraud in October 2018, and whereas the UN Working Group on Arbitrary Detention concluded in 2018 that his arrest and detention is arbitrary, called for his release and expressed concern at the allegation of torture during his pre-trial detention;,

whereas whereas Kazakhstan has abusively resorted to international legal assistance mechanisms, INTERPOL Red Notice system and illegal extradition requests to persecute opponents abroad; whereas at the request of the European Parliament’s Subcommittee on Human Rights there was prepared a report ‘Misuse of INTERPOL’s Red Notices and Impact on Human Rights’, where several examples of Interpol abuse by Kazakhstan are mentioned, in particular cases of Zhanara Akhmetova, Tatiana Paraskevich, Viktor and Ilyas Khrapunov; whereas Kazakhstan illegally extradited blogger Muratbek Tungishbayev from Kyrgyzstan and for some time refused to provide him medical care in the place of detention;

Urges Kazakhstan to abide by its international obligations and respect human rights and fundamental freedoms; calls on the Kazakhstan’s authorities to put an end to human rights abuses and any form of political repression in accordance with the principles and articles 1, 4, 5 and 235 mentioned in the EPCA;

Calls the Kazakhstani authorities to immediately release the political prisoners Mukhtar Dzhakishev, Maks Bokayev and Iskander Yerimbetov in a full implementation of communications from the UN Human Rights Committee and UN Working Group on Arbitrary Detention;

Stresses that deeper political and economic relations with the EU as the ones envisaged by the Enhanced Partnership and Cooperation Agreement must be based on shared values and correspond to an active and concrete engagement by Kazakhstan on political and democratic reforms, stemming from its international obligations and commitments;

Urges the government of Kazakhstan to amend Criminal Code article 174 on “inciting social, national, clan, racial, class, or religious discord” by narrowing it to prevent arbitrary prosecutions that violate human rights norms, the Criminal Code Article 274, which broadly prohibits ‘spreading information that is known to be false,’ and release activists, journalists, and other critics currently detained under those charges;

Welcomes the lifting of the ban from leaving Kazakhstan on human rights defenders Elena Semenova and Maygul Sadykova, and calls for a further abandonment of the practice of banning activists from attending human rights meetings in the EU;

Urges the government of Kazakhstan to end the crackdown on independent trade unions and lift restrictions on their activities, cease politically-motivated criminal prosecutions of trade union leaders, quash the convictions of Larissa Kharkova, Nurbek Kushakbaev, and Amin Eleusinov, and allow them to resume their trade union activities without interference or harassment, and address our concerns regarding the criminal investigation against Erlan Baltabay, and revise the 2014 Trade Union Law and 2015 Labor Code to bring them into compliance with International Labour Organization (ILO) standards;

Calls on the authorities of Kazakhstan to put an end to any and all forms of harassment, intimidation, pressure and politically motivated proceedings against civil society representatives, journalists and bloggers;

Urges the EEAS to proactively engage in trial observation missions in cooperation with the OSCE, in order to monitor politically sensitive trials and politically motivated prosecutions and ensure that the right to a fair trial is equally granted;

Urges the government of Kazakhstan to implement the recommendations of the UN Special Rapporteur on the rights to freedom of peaceful assembly and of association, review the Law on Public Association and the condition of access to funding

Calls on the Kazakhstan’s authorities to undertake a full review of its Criminal and Criminal Procedural Code in collaboration with women’s rights groups and repeal or amend all sex discriminatory provisions;

Instructs its President to forward this resolution to the Council, the Commission, the Vice-President of the Commission / High Representative of the Union for Foreign Affairs and Security Policy, the EU Special Representative for Central Asia, the governments and parliaments of the Member States, and the government and the parliament of Kazakhstan.