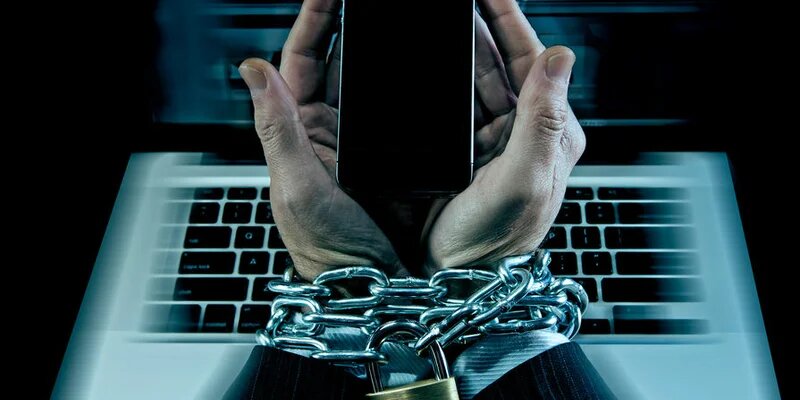 We, the undersigned NGOs, bring the information on the disruptions of Internet services in Minsk and other cities of the Republic of Belarus, in the context of the presidential elections of 9 August 2020 to the attention of the mandate holders. After setting out the general context of the limitations on freedom of expression, this urgent appeal will set out the disruptions that were recorded on 9 August 2020 in Belarus. We will accordingly argue that such disruptions are impermissible under international human rights law and recommend the course of action for the mandate holders.

Presidential elections in Belarus were scheduled for 9 August 2020. The incumbent Mr Aliaksandr Lukashenka, in office since 1994, stood for reelection. Opposition fielded three major candidates: Mr Viktar Babaryka, a banker, Mr Valery Tsapkala, a retired diplomat, and Mr Siarhei Tsikhanouski, a popular blogger. The latter was imprisoned prior to the opening of electoral operations, but his spouse Mrs Sviatlana Tsikhanouskaia was allowed to run and registered as a candidate for elections. Mr Babaryka and Mr Tsapkala collected the requisite signatures in support of their candidacies, but were prevented from running by the decisions of the Central Electoral Commission. All major opposition candidates united to support Mrs Tsikhanouskaia.

Multiple acts of the Belarusian authorities interfering with the freedom of expression were recorded in the months preceding the voting. Over 50 journalists covering opposition rallies, dozens of activists and bloggers, were arrested and detained, as were members of Mrs Tsikhanouskaia’s campaign team. On 5 August a Deutsche Welle journalist was arrested and sentenced to 10 days of administrative detention by a court. On 7 and 9 August two groups of foreign (Russian and Ukrainian) journalists, those of CurrentTimeTV, a Radio Liberty project, and of a Russian channel TVRain, 6 journalists in total, were arrested in Minsk. All were administratively expelled from Belarus. Multiple arrests of journalists took place in the evening of 9 August.

During the whole day of 9 August 2020 Internet access in Belarus was wholly or partly limited. Blockings were either total or concerned specific Internet services, web sites, social networks, messaging services, whether local or global. It is alleged that the Belarusian authorities decided to block data transfer protocols which led to the disruption of connectivity of the Belarusian networks. All foreign traffic was directed through one channel only in an attempt to allow for deep-packet inspection making VPN services ineffective.

On 9 August media and users from all over the country reported limited or no access to YouTube, Viber, Telegram, Facebook, Twitter, Instagram, and Vkontakte. Independent experts further reported that the network connectivity in Belarus was down to 20% from the usual levels. The problems were encountered across all of the landline and mobile service providers. A1, a landline and mobile service provider, tweeted that Internet access would be restored once the “superior provider” so decides.

Also on 9 August access to a number of mass media web-sites was blocked by a targeted governmental action. Were concerned Nasha Niva newspaper (nn.by), Mediazona (zona.media), Afn.by and a popular search engine, news aggregator and blogging platform www.tut.by. Access to the online platform for election monitoring Zubr was likewise blocked.

Alternative online vote-counting system Golos (both “voice” and “vote” in Russian) became a target of a DNS spoofing attack. Its DNS was manipulated so that users were directed to a web-site that attempted to collect the users’ personal data – mobile phone numbers which in Belarus are tied to identity papers.

In the evening of 9 August, approximately at 9.30 pm Minsk time (CEST+1), major disruptions were recorded on the whole territory of Belarus. Its connectivity to other countries was almost non-existent in the evening. This major shutdown lasted until approximately 5 a.m. the following morning, but even later the service has not been restored completely.

Belarus publicly owned telecom provider Beltelecom and the National Traffic Exchange Centre argued that it was a DDoS attack. We, however, interpret the situation as an attempt to isolate the national segment of the World Wide Web.

Resolution ‘Promotion and protection of human rights and fundamental freedoms, including the rights to peaceful assembly and freedom of association’ adopted by the General Assembly on 17 December 2018 calls upon all States to ensure that the same rights that individuals have offline, including the rights to freedom of expression, of peaceful assembly and of association, are also fully protected online, in accordance with human rights law, particularly by refraining from Internet shutdowns and content restrictions on the Internet that violate international human rights law (A/RES/73/173).

In the most recent General Comment no. 37 on the right of peaceful assembly under Article 21 of the International Covenant on Civil and Political Rights the Human Rights Committee affirmed that “States parties must not, for example, block or hinder Internet connectivity in relation to peaceful assemblies… Any restrictions on the operation of information dissemination systems must conform with the tests for restrictions on freedom of expression” (CCPR/C/GC/37, 27 July 2020, para. 34).

Another recent international authority on Internet shutdowns is the ECOWAS Community Court of Justice judgment in Amnesty International Togo and others v. Togo (ECW/CCJ/AP/61/18, 25 June 2020), where that Court found that blocking Internet access by the authorities without any legal basis would violate freedom of expression and of peaceful assembly. European Court of Human Rights reaffirmed that blocking access to web-sites would constitute a breach of freedom of expression if not done under foreseeable legislation (Eur. Ct. H.R., Vladimir Kharitonov v. Russia, no. 10795/14, 23 June 2020).

We submit that the actions of the Belarus authorities manifestly lack legal basis. Article 21(3) of the 1995 Telecommunications Act (Закон Республики Беларусь от 19 июля 2005 года №45-З “Об электросвязи”) provides that access to telecommunications may be suspended or limited in situations of emergency (чрезвычайная ситуация), state of emergency (чрезвычайное положение) or martial law (военное положение). However, none of the three régimes has been declared in Belarus prior to 9 August.

Should the Belarusian authorities provide a legal basis, which they can not, we recall the position taken by the Special Rapporteur on the promotion and protection of the right to freedom of opinion and expression to the effect that “network shutdowns invariably fail to meet the standard of necessity. Necessity requires a showing that shutdowns would achieve their stated purpose, which in fact they often jeopardize” (A/HRC/35/22, 30 March 2017, para. 14).  Accordingly, the actions of the Belarusian authorities are arbitrary and violate Articles 19 and 21 of the ICCPR.

We conclude that the above situation falls within your mandate as defined by the UN Human Rights Council and respectfully urge, as a matter of priority, to:

1. Request information from the Government of the Republic of Belarus concerning the situation with Internet access disruptions, as described above;

2. Request information from the Government of the Republic of Belarus as to how the violations of international human rights law identified in the present appeal will be remedied;

3. Recommend that the Government of the Republic of Belarus refrains from expanding the practice of arbitrary interference with the right to freedom of expression online, and respect the international-law prohibition of arbitrary Internet shutdowns and content restrictions on the Internet.

We confirm our willingness to provide you with any additional information we have concerning the above circumstances or the situation with Internet freedom in Belarus in general.

Signatories of the present appeal

Office for the Rights of Persons with Disabilities (Belarus)

Сenter for participation and Development (Georgia)

Committee for the Prevention of Torture (Russia)

Kazakhstan International Bureau for Human Rights and the Rule of Law

The Human Rights Center of Azerbaijan