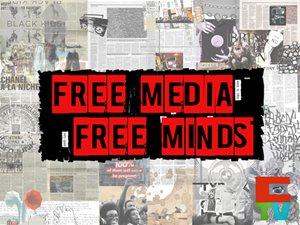 On 20 November 2012 Almaty City Prosecutor’s Office based on a court decision against Vladimir Kozlov that established an extremist nature in  activities of unregistered public associations Alga and Halyk Maidany as well TV channel K+,  Internet portals Stan-TV, Republic, newspapers Republic, Voice of Republic, Vzglyad and a number of mass media and subject to the Code of Criminal Procedure of the Republic of Kazakhstan (article 131) filed lawsuits to recognize unregistered party Alga and movement Halyk Maidany as extremist organizations and to outlaw their activities in the Republic of Kazakhstan and to close 9 newspapers and more than 20 Internet resources.

In our assessment of the situation we assume that a lawsuit with regard to a case of leader of opposition party Alga, Vladimir Kozlov, which judgments prosecutor’s office refers to, had a lot of defects in process. Court decision that found him guilty did not rest on fair, objective and comprehensive study of case files.

We have repeatedly claimed that the criminal case is politically motivated and it had an obviously incriminatory nature. In that connection, the Bureau believes that court decisions of the first and second instances under case of Vladimir Kozlov are not honest and fair. It is our strong conviction underlain by monitoring of the trial, its legal analysis and expert examinations.

In this connection, we believe that it is impossible to introduce illegal political motivations of another court in basis of criminal prosecution. In such situation one failure of justice automatically entails other errors. This practice is absolutely unacceptable and therefore we treat an upcoming process to seeking closure of the above-mentioned organizations and mass media as an offensive against opposition organizations and mass media using the judicial system.

Special concern is triggered by chances that the process may entail detentions and trials against separate leaders of those organizations and editors-in-chief of mass media. Precedent established in Vladimir Kozlov’s trial that enables treatment of any admonition of authorities, separate of public officers as incitement of social hatred allows for initiating criminal prosecution against any person who slammed representatives of authorities, employers, public officer. Such approach poses serious threats to activities of politicians, public figures, journalists, human right activists and trade union activists.

In this connection, Kazakhstan International Bureau for Human Rights and Rule of Law denounces actions of the prosecutor’s office. We view the upcoming proceedings to close a number of organizations and media outlets as a broad campaign to sweep political and information field from political leaders, organizations and mass media carried out by authorities for the purpose of restraining political pluralism and freedom of speech.